Unheard behind the screams of police brutality and Black Live matter are the gunshots fired at Police Officers and silence from the White House as Obama pretends everything is fine.  In spite of more officers being killed by ambush, gunned down on the street while on duty there are cries of abuse of power and idiots trying to record these abuses.  With a snippet from a cellphone recording, Officers are tried in the court of public opinion.

How long until the protectors start pushing back?

In Baltimore, complaints of oppressive policing policies resulted in riots that the Mayor sanctioned and ordered police not to respond.  In the aftermath, the police gave the service that the community demanded and violent crime soared.  The backlash?  Complaints that the police were providing less service to black communities because of racial motivation.

Just in the month of February we have had a run of tragedy in the policing community.  Where is the resulting protest?  What about the condemnation of the acts where the perpetrator states that the act was intended as reprisal against police?

For our Blue Family, we have done what we always do.  We gather in our circles, closing ranks to protect each other as best we can, knowing that we are all vulnerable.  Still, we endure.  Still, we patrol the most violent and dangerous areas of cities like Detroit, Chicago, Los Angles and Philadelphia.  We show restraint more often than not.  For how much longer?

It feel like we are the guard dogs, being teased and beaten.  We try to remain loyal because it’s not everyone who joins in the abuse.  Not everyone joins in the abuse, but almost no one helps protect us either.  We loose a little trust everyday, just a small part withdraws.  We are less likely to take risks for others because everyone is starting to look like our tormentors.  When we do act, we are hounded by people threatening us, our lives and livelihoods.  Why act when it’s easier to just clean up the mess and not take the risk.

There is s Thin Blue Line of man and women sworn to fight to protect others, to risk that other might live better.  On one side are the peaceful citizens in need of protection.  On the other side of the line are the criminals and predators who would attack them.  More people cross the line everyday.  Not because they are preying on the weak and innocent but because they have started attacking the line.  We represent less than 1% of the population and we are under attack.  How much longer before we are reduced to protecting ourselves more than the weak and innocent? 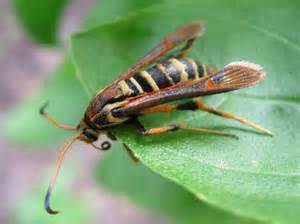 So, I work in this minor hell.  A violent, drug infested, crime ridden, slice of survival over humanity.  This assessment coming from an amoral, emotionally numb human who was raised in a similar environment.  I survived.  I’m sure most of the children I see everyday will also.  The question that is exercising my brain is what version of them will survive.

I’ve been paying attention this last half century.  Watching myself change to survive.  As a child living with violent alcoholics or manipulative psychopaths, I learned to endure without understanding.  In combat, I learned to isolate my emotions further.  I’m not fearless as much as indifferent to risk.  You must learn to care and do for yourself because there are so few you can rely on to do for you.  It’s my armor.  You can’t hurt me because I will never give you the chance.

I see it on the streets everyday.  I wonder if it’s camouflage or role modeling.  In nature, defenseless creatures imitate predators as a form of defense.  Even when confronted with a determined adversary who has seen through the display, they still pretend.  If they survive and escape, they must still act like a predator in the hope that it will keep the next attack at bay.  Survival instinct.

Humans do the same, the nurture versus nature argument echos in living experiments.  You can watch the sweet loving child grow until they reach a social separation point, usually school age.  After the introduction to complex society, they learn to negotiate for position.  Cooperation or dominance defined by ability and bargaining position start to replace family security.  In the early teens comes a major change, not just puberty.  The roles become set.

This is where the question of the day comes in.  Are these young adults choosing to camouflage themselves or picking role models?  To survive in the street, you either look like a predator or a victim.  The traditional, forgive me, White American role models are policemen, teachers, scientists and businessmen are portrayed as oppressors and chumps, people to be fought or exploited.  The strong man, seen everyday, fighting and surviving is right there on the corner.  He’s powerful, has a gun and money.  The people all know him, the women all want to be with him.  It doesn’t matter that he will die young or spend half his life in jail.  He accepts that as part of the cost.

Does it matter whether a child chooses camouflage over role model?  That’s the problem the rest of society has.   It’s simple.  You can’t tell the difference.  That’s the point of camouflage.  The weakness is that as soon as it is broken, it is useless.  Which is the wasp and which is the moth?

There is a flurry of comment and vitriol after the Super Bowl 50 half time show.   I didn’t watch it. I don’t care for Beyonce, Coldplay or Bruno Mars.  So when my coworkers and I discussed the game, I was asked about the halftime show and it “message”.  I said, “I don’t care”.  I was hit from all sides.

“You’re just a racist.”  Being a middle aged, bald, white, male, with a lingering Southern accent, that was expected.  “Are you anti-cop?”  and “You can’t agree with her?” Came next.  See, I’m also a cop in a large city.  My obvious stance is pro-cop and anti-Beyonce.

I started thinking of it as Enough Racism.  I don’t care enough.  I don’t agree with the new extremist view, by what ever imagined oppressed group is protesting.  I’m a racist.  When Black Lives Matter comes up, I say, “…not to most blacks, because most black males are killed by other black males not Police”.  Same Sex marriage?  Who cares?  The only people that it effects are the ones in the relationship.  I must be anti-gay, because I’m not for the cause.  Immigration?  If they come to this country and want to work, let them.  I’m discriminating against illegal aliens, because I don’t think we should pay for them to stay in the country.

I am hated by people who don’t know me because I’m perceived as part of the privileged.  I fit the stereotype that other try to shove me into.  I don’t matter as much as what others think I am.  If I am not for the cause, I am against it.

I am the New and Hated “Not Enough” Racist!