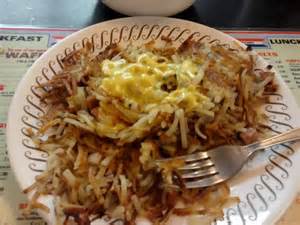 I’ve tried to write a few times over the last week, but can’t seem to stay on topic.  You know, the opposite of writers block.  Just a mess of whatever comes out. Huddle House hash browns, scattered and smothered.  Sure it’s great at 3 A.M. after you’ve been out drinking at the club, but it has to come back out sometime.  Usually at 5:30, when the room starts spinning and you can’t make it to the bathroom.

With all the subjects in the news, drawing comment and outrage from all sectors, where do I begin.  How can we make something as simple and universal as going to the bathroom difficult.  If you Google it, between 0.2 and 0.3 per cent of Americans face this problem.  Why can’t it just be as simple as: You’re rights end where mine begin.  99.7 per cent of the population are seeing laws passed to force everyone accommodate 0.3 per cent.  It’s in the same category as same sex marriage.  I don’t care who you love, have sex with or want to share a bitter divorce with.

The Presidential elections are starting to feel like Russian Roulette.  No matter who wins in the end, everyone loses.  The echoes of “Never Trump” and “Never Hillary”, come at me across all media, along with the inevitable “He/she is a liar and is only out for their own good”.  Minorities are being vote harvested by promising that if I’m elected, I’ll give you more and warned that if the other gut is elected you will lose everything.  The pandering is just embarrassing.

If the protesters continue gather and become violent, will they try to interfere with the freedom to vote?  What will it look like on the nightly news when National Guard and Police have to stand outside polling sites, just to ensure freedom of access and protection?

Where is the tipping point of racial and religious tension, that pushes us past words and into intentional, organized, armed violence?  Tolerance has a limit.  When do the sheep, stop repeating what the Talking Heads say and start holding everyone accountable for their own actions and words.  When do the sheep recognize that their news is crafted to be entertaining first and accurate a distant second.

The hash browns have to come out one way or another.  Either way, it will look the same.  Somehow it will still look like something you shouldn’t have eaten at 3 A.M.  No wonder I can’t stay focused.  Now, I’m afraid of what it will be like when it comes out from the other end.

6 thoughts on “Scattered, Smothered, Covered and…”